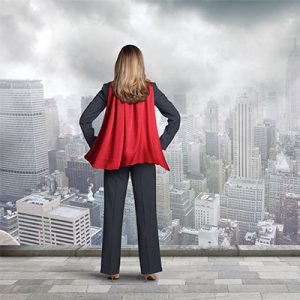 Do You Rescue, Fix and Save?

Do you rescue, fix and save lack of performance? Could be time to knock it off.

Unless you are a medical professional paid to stop the bleeding (literally), you have no business “rescue, fixing and saving” the work of under performers in your organization. If “It’s just easier to do it myself” is common when you think about holding someone accountable you are wearing a neon sign that reads “UNDER PERFORMERS WELCOME HERE”. Yep, that’s right, you are very likely attracting what you most complain about when you rescue, fix and save. You come in early or stay late “fixing” or “firefighting” while the “I love my boss / coworker” box gets checked by those who use you when performance evaluation time comes around.

I have blogged, coached, facilitated, and used my gentle ways to harp on the message to stop the ‘rescue, fix and save’ behavior toward under performers because I see the effects in a work culture. The main destructive outcome is a tsunami of inability in the workforce to learn and grow. In one case I worked with a leadership group that had not had a new blog member for 15 years. Almost all of the leadership were about to retire and the next level was not ready to take any of their positions. Why? Truth be told…and it was…”We got rewarded for making sure there was never a mistake, a bad report, zero errors. If there was a problem with a direct report’s work, we took care of it.” The direct reports begged for coaching, mentoring and development but time spent on that was not rewarded. And, there was so much “firefighting”, which was rewarded, no one in the leadership group had time to devote to the development of their people.

There are two requirements in job descriptions that Human Resource professionals often jump up and down about trying to get the CEO’s attention on. The first is “develop your people” and the second is “have a succession plan.” When neither of these are factored into performance evaluations for the executive, as in, account for a percentage of pay, they don’t happen. Meanwhile, “rescue, fix and save” to make sure everything looks good in the short term is getting the reward.

If you need a little push, incentive, or self-empowerment to take on a hard stop to “rescue, fix and save” think of it this way. If your adult child is in the work force and their boss isn’t developing them through coaching or mentoring but instead treats them like incapable ninnies that need to be rescued, fixed or saved, you know that a) they probably hate their job and will quit and move home b) you want them to move on to a better opportunity or c) if you are a fixer you are seeing the impact it has, and you need to knock it off!