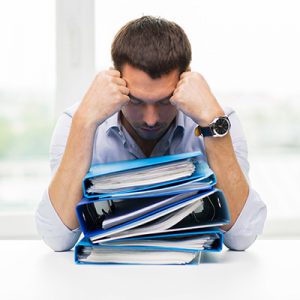 Help! I need accountablity! Or maybe not.

By Linda Galindo – Mindset of accountabilty

The CEO of an organization had asked me to come speak to his Board about accountability and how, as a value, accountability plays a role in lowering stress, increasing productivity and ensuring job satisfaction for employees. I was to be the featured speaker of the Board’s retreat.

The night before the main session, the Board members enjoyed dinner together and affirmed the agenda for the following day. There would be presentations from the CFO, COO and CIO. Then, after lunch I would present my Accountability message.

Returning from dinner, I ran into the CEO coming down the hallway toward the lobby of the hotel. He had a grundle of papers and folders in his arms and he looked harried and annoyed. “Hey George! What’s up? You look like you could use some help.” George stopped looked around to make sure no one would over hear, plopped his load of papers onto a hallway table and said “I can’t believe the mess of a presentation Dave (the COO) was going to give the board! I just went over it, and it’s not right. I’ve got to fix it!”

Me: “Knock on his door, hand over that pile of papers and tell him to fix it.”

Me: “Aren’t you upset with him? You are going to be up all night fixing his work. He is accountable for his work and it is acceptable to treat him that way. He is capable or he wouldn’t be your COO. If you are going to do his work for him, why do you need him? How is he going to know his work is not up to par if you are not open and honest with him? What’s his room number?”

CEO: “No, no, I can’t do that. Maybe I wasn’t clear with him and that’s why his presentation is wrong.”

Me: “So you are going to rescue, fix and save it. How often does this happen?”

CEO: “I’ll admit, it happens a lot. I don’t want anything or anyone to fall short or fail in front of the Board. It would reflect on me.”

Me: “After a meeting like this, do you speak with those who did not meet your expectations?”

He sheepishly muttered, “No, I don’t have time. There so much waiting for me after one of these retreats or a Board meeting I just hope they figure it out when they see how I fixed their work.”

CEO: “OK, I get your point but I’m not going to start now. I’ll fix this and I promise to have the conversation with Dave after the Board meeting. I’ll get better about being clear about what I expect.”

Me: “It’s ironic you are having me speak on accountability tomorrow. This is a perfect example of why it will never take hold in the organization unless you are accountable and expect accountability from your executives. I can talk about it all day long to the Board, but if this is your mindset and you don’t follow through to change it, you’re wasting their time and yours with my presentation.”

But he really didn’t “see” it. The financials presented to the Board were stellar, the CIO talked about the new trends in security and privacy and the CEO held the COOs hand to guide him through his presentation to ensure the corrections he’d made were presented correctly from the slides he’d fixed. The CEO had reprinted the handout to boot!

It all looked seamless and operations appeared to be moving along without a hitch as the report about a newly acquired entity and its impact on operations was outlined. The CEO had removed some straightforward negative information about the recent acquisition and changed the order in which the COO had lined up his presentation.

When I followed up two weeks after my presentation, I asked the CEO how his conversation with Dave, the COO, went.

CEO: “I didn’t have the conversation. I don’t think Dave will get it and I don’t want to make any changes at the top of the organization right now. We’re doing more acquisition. But I appreciate the follow up.”

Three months later, Dave (the COO) contacted me for executive coaching. “I’m not getting feedback and I am uncomfortable with how George changes my reports and presentations. I have attempted to have the conversation with him to find out what he expects but he’s cancelled three times. How can I be accountable if he isn’t?”

I coached Dave to understand the CEO’s level of accountability had nothing to do with his and to avoid using the CEO as his excuse not to live up to what he was capable of. “Just make sure you don’t fall into ‘victim mode’ because that only hurts you.”

My coaching centered on “planet what is”. If he could live with not getting straightforward feedback and getting corrected but never coached, he could own staying where he was. He might be right about the CEO but being right wasn’t going to get him anywhere. It was fine to continue requesting face-to-face meetings but with all the acquisition activity it could be a while before the CEO stopped using “no time” as his reason to cancel meetings with him.

The COO reflected, “I’d rather look for something else than hit my head against the wall.”

And so he did.