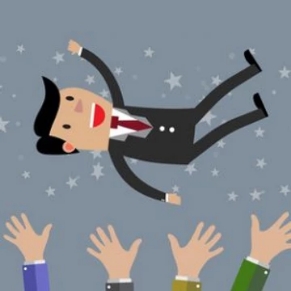 In organizations where the boss is described as “nice” and “liked” it could be a symptom of something that isn’t so nice, and no one likes.

One of the most infuriating conditions I see play out in workplaces is a low performer running rings around his or her boss. If I bring the conversation up in a professional group where that is happening—everyone becomes immediately attentive, engaged, and wants to talk about it.

The commentary includes, “They get the same pay and do much less work—I don’t understand why the boss won’t hold them accountable!” “We all get brought in a room to be told to step it up, be on time, and get our reports in when we are supposed to, when it is really only 2 people who the boss doesn’t want to confront.” That employee has every excuse in the book. If it isn’t one thing it’s something else. We all have problems but come on—every week?!”

So what’s going on here? Why doesn’t “the boss” handle situations that involve individuals? Well, for one thing, it’s scary if you don’t have the tools. There is a huge array of “stuff” out there that teaches how to have difficult conversations when you need to hold people accountable. These tools and skills take practice but after some experience using them, it does get easier.

But sometimes, the tools do not work. It could be that underneath it all the boss has an underlying issue—believing it is more important to be liked than effective or respected. There can be huge fear after letting a situation go on for so long that “rescuing, fixing, and saving” has become the norm. Show me a boss that changes rescuing behavior and decides to get good at holding people accountable in a proactive and productive way, and I will show you a boss whose employee satisfaction ratings could take a nose dive. It is a big change in the “the game” and not too many people like it.

What is the incentive to change if you are someone who rescues, fixes, and saves, rather than having a clear conversation with clear expectations and follow-up with low performers? How about, less stress and more time?!! Having to cover for, fix, or just plain do it yourself to make up for the low performer can wear anyone down. “I know I bring it on myself,” one boss lamented. “It just seems easier to do it myself or work around it—at least it did at first.” The bigger problem is that once you are habituated to rescue, fix, and save, this habit becomes the culture of your organization and it attracts more of the same.

Is there a way out? Yes! Consider these steps. (Not easy, but definitely growth producing!)

Rescuing, fixing, and saving does have its advantages—you often hear employees of this kind of boss say “I love my boss!” It is great to have that said about you, just be sure it is for the right reason.