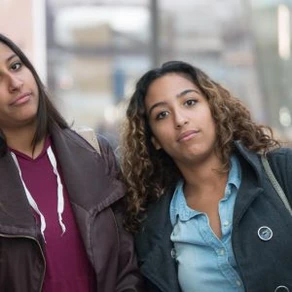 The Power of You’re Right

By Linda Galindo – Mindset of accountabilty

When someone at work is mad at you because you didn’t get your project finished on time, or you arrived late for a meeting, or you made a big client mad, you’ll get an earful about how badly you messed up. You might even hear that you’re irresponsible for doing it.

The simplest, quickest and most-effective way to defuse an angry confrontation over your mistake or shortcoming is to acknowledge what is true.

Acknowledge it, just as you would any other fact—because that’s what it is: a fact.

It’s your best chance of stopping an avalanche of finger-pointing, blaming, lying, gossip and wasted time—both for you and for anyone else is involved in the confrontation.

My No. 1 rule for success in your business or career: Acknowledge what you did: “I didn’t give you what I said I would. I wasn’t on time. I provoked the client.”

In other words, be accountable.

Then state: “Here is how I will fix this so we can all move forward. Agreed?”

This response accomplishes three things: First, it stops the blame game, which is never a good use of anyone’s time. Once you have acknowledged that you’re at fault, those who want to make sure you take the blame won’t have anything else to say. Second, it creates forward motion. Until you accept responsibility for what you did, the haters are going to badger you. During that waste of time, no work will get done. And third, it changes everyone’s focus from, “You’re horrible” to, “Here’s what to do next.”

Everyone might still be annoyed with you; what you did is annoying, after all. So own your choices. Fix it. Learn from it. Do better next time.

Another Way to Own, Act On, and Answer For

Here are a couple of alternatives:

“It’s not my fault.” Whether you think so or not, this is just as much an admission of guilt as “You’re right.” But instead of deflecting attention away from your bad deed and onto the work, “it’s not my fault” stalls all progress while everyone listens to your list of excuses that a) nobody believes and b) annoys them further because they’re waiting to be right.

Just get it over with. Tell them they’re right.

“You’re wrong.” If you go for this out-and-out lie, you’ll have to invent a way to convince everyone that they didn’t see what they did see. Good luck with that. And with your reputation.

Some people, of course, won’t take “yes” for an answer. You can be accountable, admit what you did, make it right and even salvage the project, and that still won’t be good enough for the colleague or boss who simply wants you to feel bad.

That person isn’t interested in productivity; she just needs to be right. So tell her again and again, “You’re right. Let’s move on.”

Consider the consequences of “you’re right.” Most of the time, it will disarm your accuser because it’s clear you’re not going to fight.

Yes, it’s possible you’ll be punished for your wrongdoing: chastised, written up, warned, suspended, even fired.

That’s the same thing that will happen if you lie about what you did or blame someone else for it.

Would you rather go forward with the reputation that you admitted your mistake or that you lied about it over and over again until someone finally proved you did it? Even if you get away with your lie, chances are good that you will still have the reputation of a liar.

It seems almost automatic to go on the defensive when someone accuses you of doing something wrong, even if you did it.

Be Outstanding by Standing Out

Every time I hear a news story about a government official or politician who is making up excuses or revising history to try to get out of acknowledging a past mistake, I wonder how much more powerful that response would be if the accused simply admitted the truth.

Try it next time you get yourself into a fix at work. Simply acknowledge what is true without offering any excuses for it.

Instead of being the one who lied, blamed and finger-pointed, you might just earn yourself a reputation for being accountable—mistakes and all.